The “Roots” of Hemp 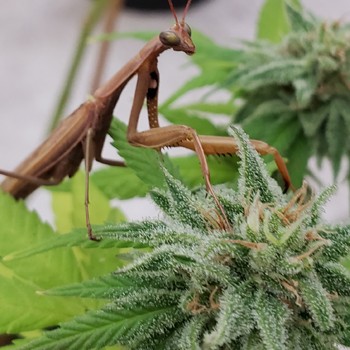 How much do you know about the history of hemp? As we prepare for the NoCo Hemp Expo (March 29 & 30, 2019), we thought it was only fitting that we take a historical look at this amazing plant that seems to be so very misunderstood.

500 BCE – Hemp seeds and leaves are found in Germany, indicating the spread of hemp throughout Northern Europe during this time. Queens in France were being buried in hemp clothing and hemp paper was rising in popularity across Europe and Asia. The increase in demand for hemp leads to the King of England fining farmers if they did not raise hemp!

This trend continued throughout history, across the globe. See a more detailed hemp history timeline here.

Fast Forward to the 1700s – American farmers were required by law to grow hemp. The Declaration of Independence is even written on, you guessed it, hemp paper!

Fast Forward Again to 1937 – The U.S. government introduced the Marijuana Tax Act which placed a heavy tax on the sale of all cannabis, including hemp, and the high cost to grow hemp became a deterrent for farmers.

Interesting Article in 1938 – Popular Mechanics published a compelling article, New Billion Dollar Crop, stating that “American farmers are promised a new cash crop with an annual value of several hundred million dollars and going on to explain that “hemp can be used in over 25,000 ways.”

Alas, this fate was not in the cards for the history of hemp in America…

So When and Why Did Hemp Go From “Sacred Grass” to “Controlled Substance?”

1970’s – President Nixon signed into law the Controlled Substances Act of 1970. The law established a set of banned drugs, including all forms of cannabis, and created the Drug Enforcement Administration (DEA). In doing so, the new law also outlawed hemp (classifying hemp as an illegal Schedule I drug) and further established the misunderstanding of this plant.

Fast Forward to 2014 – President Obama signs the Farm Bill, an incredible milestone for our country, allowing farmers to finally pick up where they left off, and piloting a new age of research to better our communities, our health, and our earth!

2019 – Hemp and hemp oil are beginning to be demystified and consumers are starting to learn that hemp and marijuana are not the same. Hemp is fiber, food, and being researched for its many medicinal qualities.

Thus we reach today in the long story that represents the history of hemp. How has the perception of hemp changed in recent years? We’ll be at the NoCo Hemp Expo to discover where the industry is headed next!

Nowhere is the power and diversity of hemp illustrated better than the NoCo Hemp Expo. If you’re in Colorado on March 29 & 30, and you haven’t been (or even if you have), you should consider checking it out. You’ll see just how versatile and useful this plant really is, showcasing everything from botanicals to bioplastics! And of course, high-quality CBD hemp products from Ambary Gardens at booth #153. Stop by and say “hi!” The entire Ambary team will be there.

Questions about industrial hemp or CBD products? Shoot them over in comments and we’ll get back to you as soon as we can.